Alpha Phi Alpha (ΑΦΑ) is the first intercollegiate fraternity established by African-American men. Founded on December 4, 1906, on the campus of Cornell University in Ithaca, New York, Alpha Phi Alpha has initiated over 175,000 men into its organization and has been open to men of all races since 1945.

Alpha Phi Alpha evolved into a primary service organization and provided leadership and service during the Great Depression, World Wars, and the Civil Rights Movement. Our fraternity addresses social issues such as apartheid, AIDS, urban housing, and other economic, cultural, and political issues affecting people of color.

In addition, the fraternity partners with philanthropic programming initiatives to include March of Dimes, Head Start, Boy Scouts of America and Big Brothers/Big Sisters of America.

In the Pikes Peak Region, ten men with tenacious foresight and incredible resolve embraced the need for expanding the international borders of Alpha Phi Alpha.  On December 22, 1969, the Iota Omicron Lambda Chapter of our fraternity was established and formally recognized in January 1970.

Moreover, the foundation has oversight for the planning and implementation of special projects, fundraising, and scholastic excellence activities. 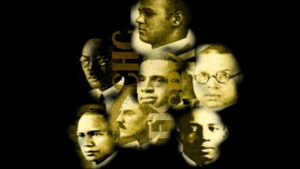 After being assigned to Fort Carson, Colorado, July 29, 1968, Brother Sylvester Shannon immediately solicited the help and cooperation of other Alpha Brothers in the area. A nucleus group of 10 was assembled, and Brother Shannon was elected president. These gentlemen did the hard work and heavy lifting necessary for an Alpha chapter to be established in Colorado Springs. As a result, their efforts went forward on November 15, 1969, for recognition as a chapter.

Immediately the charter members started recruiting professional men of integrity that vowed to spearhead and support events that benefited individuals and communities. Since then, Iota Omicron Lambda has welcomed into its fold over 300 Brothers dedicated to strengthening the Chapter’s foundation and expanding its positive influence and support.

Iota Omicron Lambda Brothers personify dedication, honor, and adherence to a code of values-centered on charitable acts and providing direction, support, and leadership assistance to others.  We participate in citywide committees, commissions, business organizations and, groups that focus on social issues and other economic, cultural, and political matters; and mentor and advise youths and adults on a variety of personal and professional topics.

From the onset, Iota Omicron Lambda has been actively involved in the community. We also promote and support academic opportunities for students through our scholarship program that has, as of 2019, awarded more than $235,000 in scholarships to college bound students.

Other former and current philanthropic initiatives, fundraisers, and social and community programs or events, from 1970 – 2019, that our Brothers established, led, participated in, supported or contributed to have included:

The Educating Children of Color Summit is a daylong program with speakers, breakout sessions, continuing education credit for educators and other professionals, scholarships for students, and resources for anyone with a passion for equal opportunities for all through education. Purpose: To dismantle the cradle to prison pipeline for children of color, and children in poverty, through education.

IOL participates in the fund-raising efforts as part of Alpha's National Programs or Special Initiatives.

To honor Brother King’s memory and encourage future generations to embody the courage, commitment, and integrity for which he and other Alpha Men are known, Iota Omicron Lambda Chapter donated nearly $16,000 to the Martin Luther King, Jr. Memorial. Our Chapter is justifiably proud of helping transform Brother King’s memorial from concept to reality

This program is part of Alpha's National Programs or Special Initiatives

Formally called the A. Charles Haston Brother's Keeper program, this service program developed with the mission of advocating and improving the quality of life for Alpha Phi Alpha Fraternity, Inc. Brothers, their spouses, and widows who are retired, are elderly, have disabilities and are ailing. This is part of Alpha's National Programs or Special Initiatives.

Boy Scout Troop 118 is part of Alpha's National Programs or Special Initiatives. The troop had its first Eagle Scout, Jonathan Matoke in 2018, and its second, Matthew Crawley in 2019.

Boy Scout Troop 118 is part of Alpha's National Programs or Special Initiatives. The troop had its first Eagle Scout, Jonathan Matoke in 2018, and its second, Matthew Crawley in 2019.

Kwanzaa is an African American and Pan-African holiday, which celebrates family, community, and culture. Celebrated from 26 December thru 1 January, its origins are in the first harvest celebration of Africa from which it takes its name. The local program was founded by Brother Anthony Young.

The Angel Tree Project, which operates in partnership with Emmanuel Missionary Baptist Church Prison Ministries, helps make Christmas wishes come true for children whose parents are serving time in prison, by purchasing gifts and giving them to the children in the names of their parents.